11 Reasons Why Gluten Sensitivity is Real 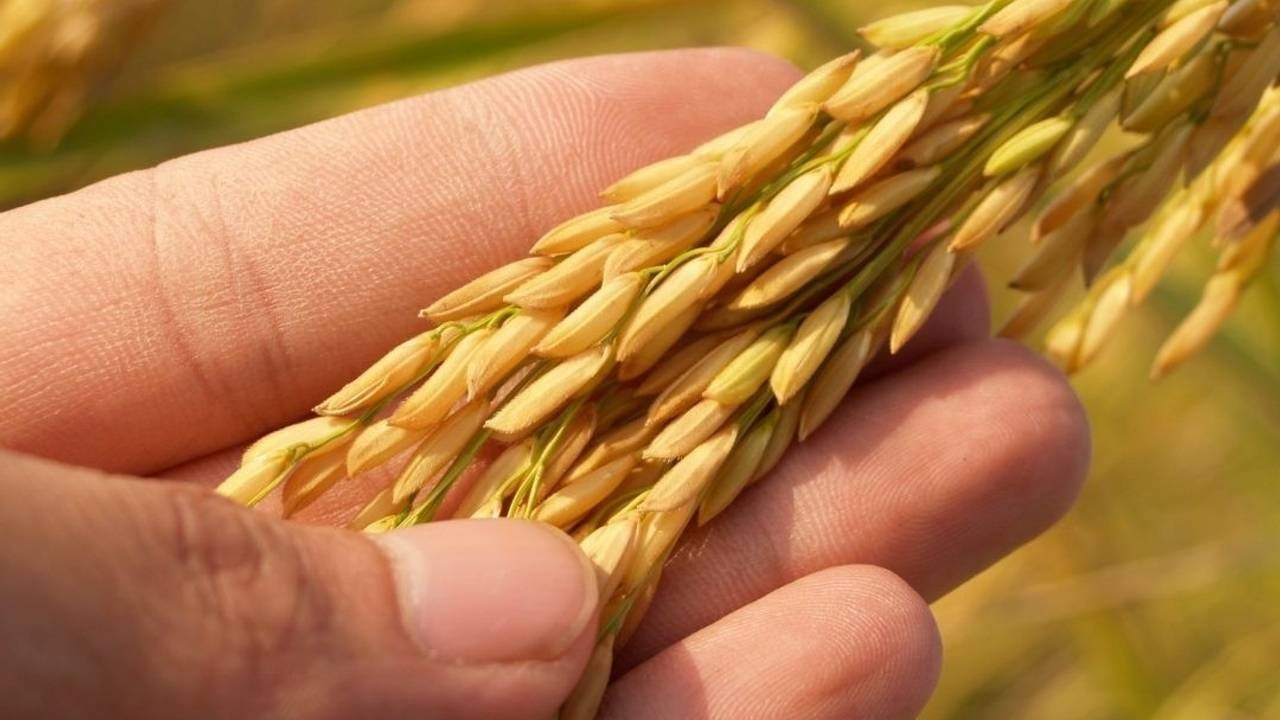 It’s not just celiac disease anymore. Not simply GI distress, belly pain, and bloating. Your bad relationship with gluten can manifest as dental issues, blood count problems, liver damage, and much, much more. This week at maximalbeing.com, we tackle why gluten sensitivity is real.

1. Wheat Was Consumed by Ancient Humans

At the dawn of the agricultural revolution, our ancestors cultivated grains, veggies, and tubers, to sustain the harsh environment around them. This led to a population boom, causing ancient humans to thrive.

Our relationship with grains is ancient (sorry paleo proponents). This was confirmed by anthropologists who have evaluated the teeth of ancient Homo Neanderthals and found wheat residue.

If our ancestors ate wheat and were able to cultivate it leading to population growth, where did it all go wrong? It was not until we began altering wheat to fit our selfish needs, that a maladaptive relationship occurred.

2. The Wheat Today is Not the Wheat of Yesteryear

Enter greed. Money and the need for more volume of food led to modifications in wheat. The desire to resist difficult weather conditions, gain barriers to infection was of kind heart, but ultimately unforeseen results.

In particular, Norman Borlaug developed an interesting strain called dwarf wheat. This circumvented the issue of wheat collapsing upon itself during growth. These dwarf strains grow shorter and have more stout stalks to support larger heads of wheat.

Hence, such varieties could feed more people while being more resistant to disease and harsh climates.

Sounds pretty great, but we traded performance for nutrition. Dwarf wheat, though able to feed more people, contains higher amounts of amylopectin (carbs). This high carbohydrate density can ultimately contribute to obesity. It also contains more gluten, the protein responsible for inflammation, and sensitivity. Therefore birthing the gluten-sensitivity conditions we all know and love today.

Though most associated gluten = wheat, other grains contain gluten. Namely, rye and barley. Therefore, this means that gluten sensitivity involves avoidance of all of these foods. Simple enough if they are found in their purest forms when we shop.

Unfortunately, our food system has made things quite complicated for those with gluten issues.

Wheat, rye, and barley grains are added to many processed foods. They are added to cleaners, hair care products, shampoos, pet products, soaps, and detergents. Gluten also can leave residues on dishes and cooking implements. The kitchen you cook in or restaurant you dine in likely has gluten in it if gluten has ever been in it in the past.

Given this information, looking for it in foodstuff and home care products can be tricky. This is why keeping things simple and basic is the key to gluten-free success. More on that later.

When one eats wheat, rye, or barley products with either non-celiac gluten sensitivity or celiac disease, their bodies go haywire. This leads to the generation of inflammatory molecules called cytokines, which cause white blood cells to migrate to the site of the attack, generating further inflammation and the reaction spirals downward.

Another impact of gluten is microbiome drift from helpful Bacteroidetes and Firmicutes to the bad, pathologic bacteria. These bacteria can generate gas, their inflammatory signals, and migrate into the bloodstream in small doses.

The result, people feel bloated, gassy, have diarrhea, bleeding, nausea, or vomiting. Outside of the gut, people can have “brain fog,” or psychological issues. They can have joint problems or pain.

5. Symptoms of Gluten Sensitivity Are Real, Take Ownership and Partner Up

The point is, that your symptoms are legitimate and founded upon pro-inflammatory pathophysiologic mechanisms similar to those mentioned above. Though other issues can be the cause of such symptoms, it is important to partner with a healthcare provider that will listen to your symptoms and address gluten as a potential source of your woes.

On the flip side, it is important for you the person suffering to take hold of your disease and empower yourself to be better. Nutrition is the source of and solution to many conditions in medicine, particularly the gut. Being real with yourself and looking into your habits is important to step into wellness.

6. Which Gluten Disease Fits You

There are two main gluten-mediated conditions. The first, is celiac disease, a well-established disease state common amongst people of Caucasian and Southeast Asian descent. Such people completely lack the ability to break down gluten.

Within celiac disease are several subtypes, some of which are very difficult to treat and rarely can cause lymphoma. Other possible subtypes of celiac sprue manifest as dental problems, low red cell counts, osteoporosis (bone disease), and elevation in liver testing.

For the majority of people, diarrhea and GI upset are the most common symptoms. I would also add that all people with such symptoms should be tested for celiac disease. By this, I mean ALL of the above!

7. Getting Down to Diagnostics

The first step in determining whether you have gluten issues is NOT allergy testing. This testing is often misinterpreted, misleading, and ultimately will not be a helpful diagnostic test for determining your disease state.  The proof is in the protein!

Many tests exist for celiac disease. Some look at the ability to break down and absorb gluten. Others evaluate the breakdown products of gluten itself. Saliva, stool, tissue, and blood have all been implicated, but here is the secret way to do it. If it is not any of the below tests, you are dealing with quack science. If you have had a test positive and it is not the below, discard the results and get the proper tests done. Trust me, it happens all the time.

8. Start with the Right Blood Tests to Diagnose Celiac Disease

Step 1: Check your immunoglobulin A level.

Step 2A: If your IgA is normal, Check the tissue transglutaminase antibody for IgA

Tissue transglutaminase is a peptide that breaks down gluten into a pro-inflammatory starter molecule.

This starter molecule or epitope welcomes inflammatory cells leading to the symptoms. Having this test positive makes having celiac disease very likely.

Step 2B: If your IgA is low, check an IgG to Deamidated Gliadin Peptide (DPG) level.

This is a breakdown product of gluten driven by your immune memory molecules, IgG. Therefore, IgA levels are low, the result will be real for such people, but not as valuable for those with normal IgAs. People with low IgA and a positive DPG test likely have celiac disease. More testing may be needed. See below.

9. Other Steps to Get a Diagnosis of Celiac Disease

As a GI Doc, we perform flexible endoscopy, where a camera is inserted into the mouth while people are sleeping, to get minute pieces of small bowel tissue. Should the above be negative, a biopsy can help to determine if gluten is still to blame.

HLA are proteins that act as the gateway to immune regulation. Should all else fail and you have a mish-mosh of results that may not make sense, and HLA typing is a great way to rule in or out celiac disease.

People with celiac disease, have positive HLA typing. People with negative testing do not have it. This is almost 100% true. Why not order it all the time? Cost.

10. How to Diagnose and Treat Gluten Sensitivity

Despite the clear approach for celiac disease, there exists no definitive test for gluten sensitivity.

As the second bucket of gluten conditions, the only tried and true approach to diagnosis is to omit gluten for 6 weeks and then see how you feel. Don’t fall for marketed testing, these are poorly validated. Just avoid gluten.

By this, I mean eliminate gluten. You need to look at packages, boxes, and bottles. Better yet, just eat food from the earth that doesn’t come packaged. Eating real food is the sure-fire method to CONTROL THE COMPOSITION and stay gluten-free.

This also means no eating at restaurants. Some restaurants will advertise themselves as gluten-free, however, it is highly unlikely that they understand the importance of cross-contamination. This is not malicious, just a lack of understanding.

As stated above, gluten residues remain on dishes and cooking implements. This means that though the restaurant may be using every honest attempt to avoid gluten, they may use the same cooking oil, pots, and pans, leading to gluten exposure. You have to avoid wheat, rye, and barley for real. Oh yeah and no beer either, unless it is gluten-free.

11. Check your Pooch for Gluten

On the topic of how tough it is to be gluten-free; I have a funny story about one of my celiac disease patients. This young woman swore up and down that she was gluten-free, yet still, she had symptoms.

True, this could be something else (and I did look outside of celiac disease), however, with a little investigation, the culprit of her symptoms was cute and furry.

Every night when she got home her dog would get a treat, go for a walk, and as dogs do, lick her face to say “thanks.” I asked her to check her dog’s treats and sure enough, gluten! She made her dog gluten-free and like magic, no more symptoms.

Be a detective, look deep, and stay clean with your eating, products, and home (family too). This is the key to eliminating the grasp that gluten has on you.

Our ancestors did eat grains, however, due to genetic engineering for higher volumes and money, our gluten today is a foreign molecule. Our bodies respond to gluten with GI upset, bone disease, dental issues, blood problems, and liver problems. People with such symptoms should be tested using a logical and sound approach. If non-celiac gluten sensitivity is in question or celiac disease is confirmed, the diagnosis and treatment are ultimately avoiding wheat, rye, and barley. Avoid it completely, look for hidden gluten, and stay the course.